Who are the Maccabeats

Often travelling with little more than the shirts on their backs and the ties on their necks, the Maccabeats have entertained and inspired hundreds of audiences worldwide, from Alabama to (New) Zealand and everywhere in between. Using nothing more than the unadulterated human voice, a clean-cut presentation, and a little Jewish humor, this unique group of singers is able to connect with fans of all backgrounds and ages. 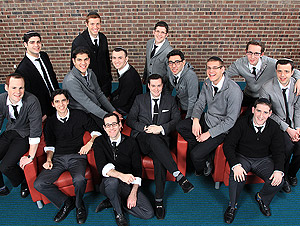 The Maccabeats were originally formed in 2007 as Yeshiva University’s student vocal group.

Originally formed in 2007 as Yeshiva University’s student vocal group, the Maccabeats have recently emerged as both Jewish music and a cappella phenomena,  with a large fanbase, more than 20 million views on YouTube, numerous TV appearances, and proven success with four albums, 2010′s Voices From The Heights, 2012′s Out Of The Box, 2014′s One Day More and 2015′s A Maccabeats Hanukkah. Though the Maccabeats aren’t your grandfather’s synagogue choir, their ideology and identity play an important part in what they do. Strongly committed to the philosophy of Torah u-Madda, the integration of traditional and secular wisdom, the Maccabeats perform an eclectic array of Jewish, American, and Israeli songs. Their breakthrough piece, Lecha Dodi, is the epitome of this synthesis, combining some of the most beloved words of Jewish liturgy with Leonard Cohen’s meaningful and melodic Hallelujah.

“The performance was absolutely amazing and my email-in box has been totally flooded with compliments and rave reviews — all for the Maccabeats. “Y’’all” are not only incredibly talented but you also have a dynamism and charisma which the audience can definitely feel!”

Perhaps it is these dual goals, this merging of exciting medium and proud message, that some find most appealing about the group. Since the release of “Candlelight,” a Chanukkah themed parody video which garnered international attention and coverage by the major news outlets, the Maccabeats have been approached and emailed time and time again with the same message: that their music has provided for the expression of an enthusiastic and ambitious Judaism that one isn’t afraid to wear on his or her sleeve.

The Maccabeats’ unique offering has caught the eyes of numerous organizations and inviduals throughout the world. They’ve played sold-out shows to thousands at JCCs, temples, synagogues, shuls, Chabads, Hillels, jazz clubs, festivals, conventions, and theaters across five continents and over thirty states and provinces. They’ve been invited to join reggae superstar Matisyahu and Jewish music superstar Yaakov Shwekey on stage. They’ve been invited to Gracie Mansion by NYC mayor Michael Bloomberg. And they’ve been invited to the White House by US President Barack Obama. Over the course of time, their adventures and opportunities imparted upon the Maccabeats an important lesson: with great a cappella comes great responsibility. It is with much humility and gratitude that the group take up the mission given to them, and share their music with the world.

Maccabeats on the Today Show

“Your group’s enthusiastic energy and wonderful voices filled the room with happiness and were the perfect accompaniment to the sufganiyot and teddy bears that the kids enjoyed so much.” — Ido Aharoni, Consul General of Israel 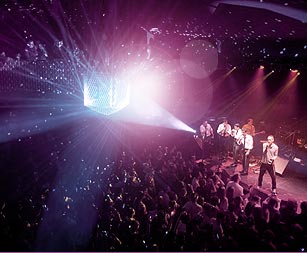